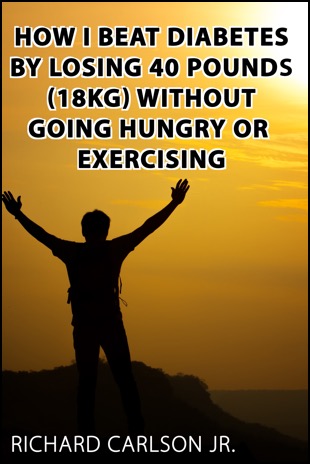 Richard Carlson Jr. had been unsuccessfully battling obesity when his doctor told him he had diabetes. Richard refused to give up. He developed his own common-sense weight-loss plan and lost 40 pounds (18 kg) in four months without going hungry or exercising.

Richard Carlson Jr. is an author of children's and coming-of-age stories, and he also penned a memoir about his triumph over the severe mental illnesses, paranoid schizophrenia and obsessive-compulsive disorder. The medications he takes to treat his illnesses make him prone to weight gain and increase his risk of diabetes.

Get this book now!